Year Two in Review and a Look to the Future!

The 8th February 2018 will mark two years since the Decred mainnet launched. Over the last 12 months the project has continued to make monumental progress towards developing the first truly decentralized cryptocurrency that is open, scalable, private, self-funded and autonomous. A decentralised cryptocurrency that is fit to serve the masses as a global digital currency. In 2017 the Decred development team engineered new features and tools that revolutionized the cryptocurrency space and solved the blockchain governance problem. In 2018 Decred will usher in a new era of blockchain technology. But before we do, I felt it was a good moment to look back and reflect upon some the biggest successes the project and community have achieved in 2017 – year two of the Decred project!

Last year got off to a great start when the project lead, Jake Yocom-Piatt was invited to give a talk at Coinbase headquarters in San Francisco, California. Jake’s presentation was a huge success, it was extremely well received by Coinbase employees, who learned how Decred was going to take the concept of decentralization one step further. Jake was asked to present by the creator of Litecoin, Charlie Lee, who had recently became an avid supporter of Decred after discovering that, in part, it is based upon his theoretical proposals brought forward in the Proof-of-Activity whitepaper. Since then Charlie has continued to support Decred and has joined the project as an advisor along with Bitcoin developer, Jimmy Song. If you missed the presentation you can watch it here. 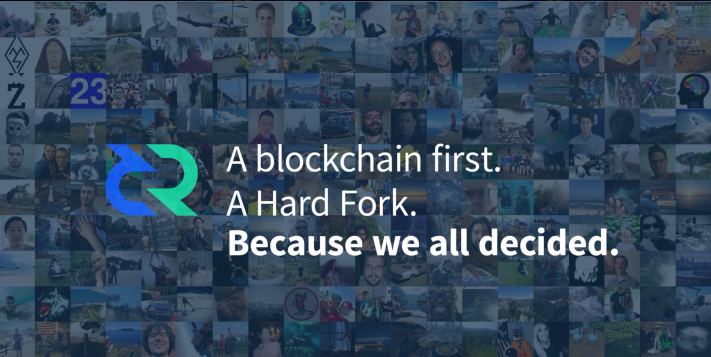 In my opinion, the most significant moment of the year started on 17th May 2017 when the first ever user activated hard fork vote began. Using Decred’s novel on-chain consensus voting system stakeholders commenced voting for development work to begin on Lightning Network implementation, and to hard fork to a new stake difficulty algorithm. The vote successfully finished on 11th June 2017, achieving over 98% support for both agendas. Shortly after, on the 9th July 2017, the first ever on-chain user activated hard fork in history successfully occurred, and Decred made the smooth transition to its new stake difficulty algorithm. This represented the completion of phase 1 of the Decred DAO. Whilst Bitcoin was at the height of a scaling civil war that had been raging for over three years, Decred showed the world a solution to the blockchain governance problem – on-chain consensus voting was born.

Soon after, on the 15th June 2017 Decred announced the surprise launch of a new feature, dcrtime, a free time stamping service using the Decred blockchain. Whilst dcrtime would later go on to enable censorship resistant voting on the Decred Proposal System, Politeia, the generic concept of versioned and timestamped data can also be applied in numerous public and private use cases. Such as document and record storage, reputation and identity systems, and supply chains. 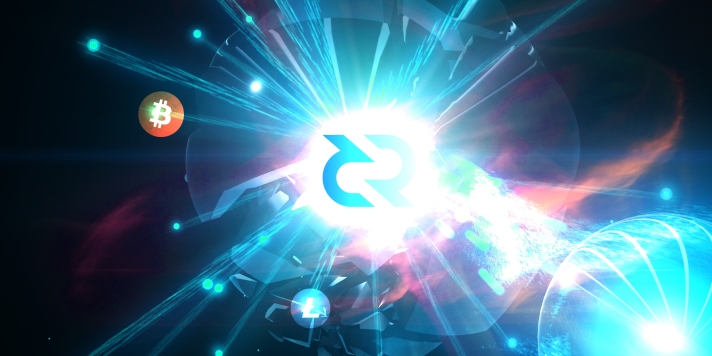 Perhaps the biggest surprise of the year was the release of Decred Atomic Swap. This took the entire crypto space by storm and has since been adopted by numerous projects – facilitating the first atomic swaps between Decred, Litecoin, Vertcoin, Bitcoin, Viacoin, Bitcoin Cash, and Particl – amongst others. Furthermore, with the recent upgrade that was announced on 11th January 2018, Decred Atomic Swap is now compatible with around 1300 different cryptocurrencies – including ERC20 tokens!

Decred developed the Atomic Swap tool to eliminate the requirement to trust a third party intermediary when making an on-chain exchange – a step that further hardens Decred to censorship. Now Decred hodlers can securely store, transmit and exchange their coins no matter what the world throws at them! Going forward, I’m looking forward to how this technology can be extended even further and put to more use cases, including off-chain swaps, and an Atomic Swaps DEX integrated into Decrediton.

On the 25th of October the details of the soon to be released Decred Proposal System, Politeia (Pi), were announced. Politeia is a timestamped filesystem that allows data and proposals to be stored off-chain, but anchored to the Decred blockchain. When Pi goes live anyone will be able to submit a proposal for funding to develop or market Decred for a small fee to prevent spam, which will subsequently be voted on by stakeholders. And anyone who submits a proposal will receive a token that provides them Proof-of-Censorship should it be required. To celebrate this milestone, Decred held the Politeia platform launch party on 8th December 2017 in Austin, Texas. One thing’s for sure – Politeia will change everything! 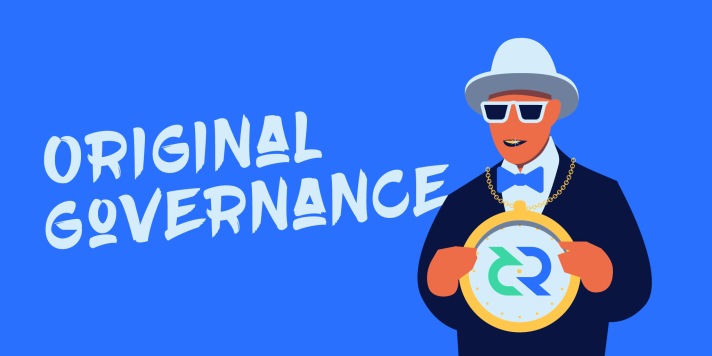 However, these are only a few of the many events, features and happenings that went on in the Decred ecosystem during 2017! Decred released a new block explorer, website, explainer video and Wikipedia page. We also had the launch of the Decred Assembly and Decred Roundtable YouTube shows, the Decred Education series, DecredTV Brazil, and the much-loved Decred mascot – Stakey! Decredition (the Decred wallet) has undergone a number of impressive facelifts, and many new features have been added, providing a significant improvement in user experience. In addition, Decred has recently launched a successful advertising campaign to tell the world about Decred and bring in some new Stakey fans!

Throughout the year Decred has also been represented at numerous conferences, events and meetups. These include: Coinbase, Illinois Bitcoin Meetup, Consensus 2017, Defcon, Breaking Bitcoin Paris, Texas Bitcoin Conference, Texas Venture Forum, North American Blockchain Expo, InsideFintech South Korea, and VBitConf Brazil. Decred has also presented at a series of events across the Netherlands, and has held its first meet-up down under in Australia! An increased presence at events around the globe went hand in hand with the project’s internationalization effort last year. The website was translated into all major languages, and the results of this effort have been reflected in the growth of our community and social media following. The size of the Decred community has accelerated to become one of the largest, friendliest and most committed open-source communities in existance, stretching into every corner of the planet. Decred now has a thriving community established in every continent in the world! In addition, Decred has also been pleased to see a big increase in the number of exchange, wallet and payment integrations throughout 2017. These include Changelly, HolyTransaction, Tux, Coinpayments, Shapeshift, Flyp.me, Litebit, Exodus, Wirex, Uquid and Globee.

Whilst the project’s primary focus is on advancing blockchain technology to create the ultimate cryptocurrency, it was nice to see that Decred’s achievements in 2017 were also reflected by a steady increase in the exchange rate throughout the year. Decred rose from a low of $0.42 in January to a high of $108.32 in December, which equates to just over a 257x increase – or a rise of over 25,700%. Moreover, if you staked your coins throughout 2017 you will be now be sitting on a whopping gain of over 33,000% against the USD! This means that in terms exchange rate, Decred outperformed almost all other cryptocurrencies! 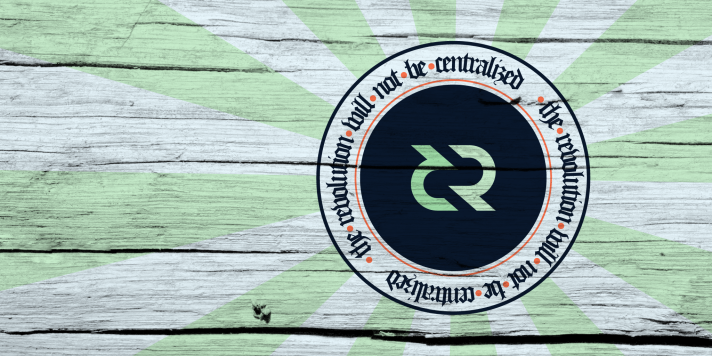 Overall, in the last year the network has continued to become more decentralized, with an increased number of nodes, stake pools, miners, and stakers! Decred development has also become increasingly decentralized, so much so that the number of new developers working on the project is now more than double the existing Company0 team! Furthermore, all decisions relating to a Decred consensus change now have to be made via the on-chain decentralized consensus voting system – which represents the largest step forward for decentralized governance in the entire cryptocurrency space. This means no consensus changes can occur without the formal support of  75% or more stakeholders. Throughout 2018 Decred will continue to become increasingly decentralized and distributed as early hodlers have their stake diluted by the ongoing  PoW miner to PoS miner block reward ratio of 2:1, and as more and more PoW miners focus their attention on Decred (including the three different ASIC manufacturers that are due to launch this year). Moreover, once Politeia and the DAO is functional both the direction and control of development funds will also be fully decentralized.

Looking to the future, 2018 will be Decred’s biggest year yet. The official 2018 roadmap is due to be released in the coming weeks, outlining some of the exciting new features coming to Decred. Along with the Lightning Network and off-chain atomic swaps, I’m also looking forward to Decred’s highly anticipated privacy enhancement – something that I’m certain will send shockwaves throughout the crypto space. However, more than anything, I’m excited for the live release of Politeia and the Decred DAO. I believe Politeia and the DAO will be the biggest leap forward for blockchain technology to date. Utilising Decred’s on-going 10% development subsidy, and over $50 million worth of decred in the development fund (~431,000 DCR) Decred will mature into the worlds first truly decentralized and self-sustainable ecosystem that will eclipse all other cryptocurrencies.

Anyone will be able to submit a proposal for funding to be approved by stakeholders via the censorship resistant Decred Proposal System. So, now is the time to start thinking about how you can contribute. If you, or anyone you know, has an idea that can bring value to Decred, then consider submitting a proposal to fund it (in DCR) and make it a reality. Whether it’s development, or marketing, big or small, any and all contributions can and will make a difference. As long as stakeholders approve your proposal, anything is possible – there are no limits to what we can achieve. When the Decred DAO is finally released, I believe there will be no other cryptocurrency that is as decentralized, scalable, private and secure as Decred.

Finally, from me, I want to say a big thank you to everyone who has been involved with and contributed to the Decred project over the last 12 months. What we have achieved is truly mind blowing. It’s clear that the tireless efforts of the community, project leaders, developers, designers and marketers have made waves in the crypto space throughout 2017. But 2018 will be the year of Decred! Be a part of it!

P.S. – Don’t forget to grab your free tickets to the Decred New York Meetup at Formerly Crow’s, in the West Village, New York, on January 18th and the Politeia Platform Challenge event at the Hyatt Regency, in Austin, Texas, on the February 10th!